Here at Summit we love throwing a party.  Whether it is Christmas, Halloween, or our annual Oscars celebration… you name it, we want an excuse to get together, have a little boogie and make some excellent memories. So our 20th birthday this year was definitely more than a good excuse. Unfortunately, COVID-19 had other ideas , so, we had to find some different ways to celebrate.

We wanted to create something that got lots of people involved and was a real collaborative effort, showcasing our Summiteers but with a focus on the last 20 years. As a result, we are proud to present to you, our Summit Birthday Mixtape!

With one track from every year between 2000 and 2020, we’ve pulled together over 75 minutes of music for you to enjoy and listen to with us.

Not only has Summit been around for 20 years now,  some of our Summiteers have been with us nearly that long too, so it made sense to ask for their help when it came to compiling this mixtape. We wanted a really good mix of music so there was something for everyone, and we certainly got that!

The brief was simple – give us a song you love from [insert year here].

Our Summiteers all interpreted this in their own way – some went for their absolute favourite songs that are more obscure, some chose classics that are bound to be known by everyone. But one thing is for certain, nearly everyone replied to our request with outcries of “this is such a difficult year to pick from, everything was so good!”

Ross, who was given the year 2005, had some difficulty choosing between a few of his pop punk favourites, but in the end settled on Dance, Dance by Fall Out Boy.

“I love this song and associate it heavily with an era I am greatly nostalgic for – a time of Limewire, the Gamecube and the Windows Media Player. You know, the one with the lightning bolts that moved to the music.”

Carl (2017) on the other hand chose Humble by Kendrick Lamar because “it was a revelation point of my life when I realised that I should stay humble, but more importantly I should also sit down.” (We hope you don’t spend too long sat down while listening, and at least get your foot tapping if you don’t stand up and have a dance.)

Some of our Summiteers had particular personal memories tied in with their choices. Ian, who had 2009, and chose Fire by Kasabian, picked this because “it reminds me of my wedding and everyone bouncing around having a great time!”

Ben (2014), shocked everyone with his choice of Let It Go from the fiercely popular film Frozen, and gave us 3 reasons.

“First, there’s a lot of energy to it. If I’m feeling down, it’s one of my go-to tracks for cheering myself back up. Second, a repeated line in the song is ‘The cold never bothered me anyway’. Those who I’ve sat near in the office are shocked if I wear so much as a jumper. (authors note: this is true, in mid-winter while many of us are 3 jumpers deep, Ben continues to rock his short sleeve shirts.) Third, there is an important message for my reflexive pedantry – Let It Go.”

Rachel, who had to pick a song from 2006, went for Mardy Bum by the Arctic Monkeys – “That year I was discovering Arctic Monkeys on various mixtape CDs at my friend’s house parties! This song is one of my favourites as my husband and I joke that it sums me up!”

Regardless of reasoning, this playlist has it all – from musical numbers, or slightly heavier “you’ve probably never heard of this band” tracks,  to your absolute classics and your “I can’t believe this song came out that long ago”, there’s something for everyone!

So head on over to Spotify, press play, and let our Summiteers transport you through 20 years of some of our favourite tunes! 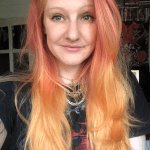