Summit founder and CEO, Hedley Aylott, was recently invited onto the RetailTechNews podcast to share his expert opinion on a range of topics across the ecommerce and retail marketing industries.

In a wide-ranging interview, Aylott spoke about Amazon’s private-label brand advertising, mobile commerce, the expansion of JD.com, and how Summit’s Productcaster is helping retailers.

We’ve rounded up some of the key discussion points from the interview in this article. You can also jump to the end to listen to the podcast in full.

Amazon has caused a stir by promoting its own private-label brand products on competitor listings. But Aylott said: “Why shouldn’t they?”

He continued: “This has been going on in retail for years. Supermarkets observe what’s selling well on their shelves, they then produce their own brand, and then they use the insights from selling other people’s products to promote and sell their own for more margin.”

However, Aylott also said that Amazon must find a “balance” and be “sensitive” to allow its smaller marketplace retailers to continue to be successful, but emphasised the importance of retailers having a presence across more than just one marketplace.

“Anybody serious about selling direct-to-consumer, whether [or not] that’s through Amazon, should have their own ecommerce platform. It’s not expensive and they should invest in that; it’s just the rules of the game”, he said.

The growth of mobile commerce

Mobile commerce, or m-commerce, continues to grow in the UK, with a 24% rise in mobile sales from 2017.

However, he highlighted that product value may have a bearing on how consumers shop online, with desktop still seen by some of Scorecard’s survey respondents as “safer”. Higher-ticket items which are a more considered purchase are often still “multi-device”, he suggested.

One key area is mobile speed, something that Aylott says remains an issue. “There was a real diversity in the speed of response of some of those sites”, he said, referring to the Summit Scorecard data.

The rise of JD.com

The Chinese retailer JD.com is pressing ahead with expansion efforts across Asia, including expanding their supermarket 7Fresh out further across China, opening their first office in South Korea, and launching a website in Thailand.

Focusing on grocery, Aylott commented on the differences between shopping in Asia and Europe. “In Asia, grocery shopping is all about fresh… people really shun frozen. They don’t generally do weekly shops; the frequency is a much more daily type of shop.”

The busy settlements and cultural differences in Asia, where people tend to move around on foot and treat a shopping trip as a social opportunity, makes for a different shopping experience. In terms of online grocery shopping, deliveries can be made quickly, with payments taken from within an app. In contrast, Aylott believes the 10% of online grocery shopping that takes place online in the UK may have reached a plateau that is likely to increase only “marginally”, due to shopper behaviour and preference.

He said JD.com’s digital DNA would make for an interesting opportunity for forging partnerships with big European retailers, allowing for a competitive advantage to “leapfrog everybody”.

The importance of a good product feed for Google Shopping

“Feed production is always an art. We produce and manage feeds for so many retailers, so we’re now helping our clients tidy up their feeds, and enrich their feeds with better content so that they perform much better in Google Shopping as well as in any kind of search”, he said.

And he had some advice for retailers, suggesting: “Feeds can only get better. The better your feed, the less you’ll pay and the better the publishing.”

Listen to the full podcast interview below: 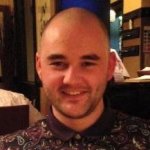