Holidays are coming: the magic of Christmas adverts

Adverts have the capability to induce every human emotion possible. They make us laugh, they make us cry and can sometimes even leave us feeling slightly dejected. But what is it that evokes such strong responses from those broadcast at the most wonderful time of the year?

Christmas adverts have long been thought of as one of the most anticipated parts of the festive period. It is almost forgotten that these advertisements actually have a commercial purpose behind them, as the stories and characters convey such a large amount of attention.

Many cite the Coca Cola ad as a signifier of the start of the Christmas season. Ever since the iconic ‘Coca Cola truck’ made its first appearance back in 1995 it has been a phenomenon, and search trends over the last ten years demonstrate its increasing popularity. Whether it’s the nostalgic fondness it brings or the warm fuzzy feeling of knowing it’s nearly Christmas, it continues to be one of the most treasured Christmas ads of all time raking in millions of views every year.

Over the past few years, Christmas advert success has seemingly been dominated by a number of British brands due to their ability to present a narrative. They have quickly become some of the most favourable adverts, every year providing great anticipation and excitement for Christmas.

John Lewis is one of the favourites that has pulled on the heartstrings of many. The retailer has found a winning format involving a predominant character in the form of an animal or elderly person, moving audiences with stories of love and festive togetherness. This year Buster the boxer takes centre stage leaving many people cooing over the warmth and cuteness he brings. The ad has attracted 23m views on YouTube and 1,949,387 shares on social media using #bustertheboxer, making it the most shared John Lewis advert ever.

Another top performing brand that has brought a cheer to the festive season is Sainsbury’s, which has received 15m YouTube views with its musically inspired story of a hard-working Dad. Featuring a soundtrack sung by James Corden, the advert focuses on the main character giving the gift of time together to his family over Christmas, creating a sense of reality for many.

A joined up approach

Christmas is a key time for retailers, which is reflected in the almighty £5.6bn predicted ad spend during the run up to Christmas 2016. Approximately half of this figure is forecast to be spent on digital media, and retailers are increasingly joining up their on- and offline advertising to create a holistic multimedia experience for customers.

Polish auction company, Allegro has created a festive ad that, with the help of the internet, has gone viral not only in Poland but across the world. The advert shows a grandfather learning English in order to meet his granddaughter in the UK, and has appealed to British and American audiences perhaps due to an underlying message about migration during a period of political uncertainty. The ad generated 11m YouTube views in just two weeks, and has been written about in the UK and US press despite never airing on television in either country.

The real necessity is that Christmas adverts appeal to a broad audience, with universal themes such as family, love and togetherness. Online spending in the UK over Christmas increased by 12% in 2015 and is set to continue growing this year. As consumers’ internet usage grows, social sharing and YouTube views are adding value to TV ad campaigns and creating broader international appeal and brand awareness. Those retailers who are able to create Christmas magic in their ads have a better opportunity than ever to become synonymous with festive cheer, and perhaps even bump the Coca Cola truck from the top of the Christmas tree.

For more information, or to speak to us about your Christmas planning, please email [email protected]. 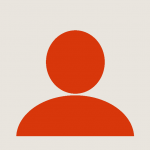