When I was asked to write this blog post on why to love Paid Social, I started to explore articles from fellow marketers about why they love the channel. What I found was the same reasons kept popping up; it’s easy to use, easy to target and easy to scale. Big whoop! As a retailer or a marketer, we shouldn’t be so transfixed on how easy it is to implement a channel (sure, it’s a selling point), so instead I wanted to dedicate my love letter to the channel on the first hand benefits I’ve seen for brands using Paid Social.

1. The future of Paid Media will rely heavily on Paid Social.

8% of all product searches now take place on social platforms according to Statista. In 2020 whilst advertising spend on traditional channels like TV and Out of Home saw a sharp decline, globally Social Media ad spend increased by 9.3%. That increase is forecasted to continue well into 2021, possibly reaching 12% YoY growth according to the World Advertising Research Center.

Retailers are becoming more aware of the need for good Paid Social activity, not just to plug the gaps whilst we are in lockdown but as a long-term point of entry channel for new and existing customers alike. Joules have always been great at both Organic and Paid Social activity, really tapping into their audiences and getting great results back. When lockdown continued into the key trading months and stores weren’t able to open, they asked for Summit’s help in more than tripling their existing Facebook budget whilst maintaining efficiencies and ensuring that staff weren’t trapped in an endless cycle of campaign builds and creative changes. Smart planning and Summit’s audience centric approach allowed Joules to successfully scale their operation for the key period, maintaining efficiencies in conversion focused campaigns whilst increasing their brand awareness activity. Proving once again that Paid Social can play a larger role in a retailer’s ecosystem.

2. Paid Social hits every stage of the marketing funnel.

Paid Social may seem daunting to newcomers simply because of the choices available, from platforms to objectives to formats and KPIs, it is easy to see why some marketers dedicate their careers to only Paid Social and others avoid it like the plague. But it is the choices available that make the channel great. You’re not fixed on any one point in the funnel and reaching users via Paid Social at different stages in their journey with the right messaging and the right campaign objectives will help to move a customer down the funnel.

Not all marketing funnels are equal, they depend on the nature of the product or the service, but I have yet to find a marketing funnel where good Paid Social can’t benefit the process by moving users to the next stage. One of my favourite examples of this comes from Summit’s work with Circle K. Circle K had a new promotional game offering prizes for customers to redeem in store. Users can then play the game the next day to win another prize.

Summit came up with a plan to use Paid Social to first drive awareness of the game’s launch to Circle K’s target audience. Once the game had launched the focus shifted to driving users to take part in the game, using engaging creative and traffic focussed campaigns. Once a user stopped regularly playing the game, Paid Social was then used again to reach the lapsed customer, with creative and copy built to re-engage. Despite being a well-established event in the Circle K calendar, Summit’s strategy to hit users throughout the funnel via Paid Social helped to increase new user acquisition from Paid Media by 52% and game plays by 61% against the previous campaign.

3. You can reach a target audience where they spend their time.

In the last year we have seen more users and more time spent on social platforms than ever before, with 21% of Brits saying they spent more time on Social Media in 2020. Paid Social activity allows marketers to be proactive when it comes to reaching a target audience. Rather than relying on someone searching for your product or peppering your existing userbase, Paid Social allows you to prospect on sites that your potential customers use and trust.

At the end of 2019, Durex were seeing a decline in sales from users aged 18-24, which they needed to re-engage quickly and effectively. Understanding where the target audience spent most of their time was essential. Using audience insights, Facebook was identified as a key, data-rich platform to reach the 18-24-year-old demographic. Summit then used audience data to identify other customer interests. Unsurprisingly, we found a lot of these users went to university and had student-related interests, such as student saving sites, university societies etc… These findings led Durex to create a student focused campaign to align with the start of a new term. To ensure the utmost success, we combined these interests with existing audience data and trialled different offers and creatives to find the most engaging.

The results speak for themselves; Durex were able to reach fifteen million members of their target audience generating over sixty-eight thousand leads and ten thousand sales directly from the activity.

4. It is mobile first and mobile friendly.

Recent IOS 14 changes aside, Paid Social is the channel for reaching quality users on mobile. Globally, 81% of Facebook users only use mobile to access the platform, with 17% using a mixture of mobile and computer. Facebook is well aware of this, which is why they created ad formats like instant experiences specifically for mobile users, without interrupting UX or taking an app user needlessly off app. The strong mobile userbase of social platforms is what makes them great for running App download and App activation campaigns. On other channels you may be significantly lowering your reach by only showing ads to mobile users, but with Paid Social the reach is there, and the formats are purpose built for you.

When Ritchies wanted to launch their new loyalty app, Summit knew that social channels would play a pivotal role in driving awareness of their new proposition, but the key measurement of success would be getting users to download the app. As a result of using mobile first platforms and formats the Paid Social campaigns beat their video view target by 111% and their direct app download target by 33%. The mobile first Paid Media strategy helped Ritchies grow their app straight from launch and continued Paid Social campaigns help to further the apps reach and re-engage lapsed app users.

5. The insights gained from Social Platforms will make you more money.

Social platforms are built to connect users with likeminded individuals. If you can think of an audience there are probably already groups, influencers or meme pages dedicated to that audience. Before even spending a penny on the platforms you can already gain insights into your target audience. A perfect example of this comes from Alimento, a niche soft food service for sufferers of dysphagia. When we first partnered with Alimento we knew that social platforms would be vital for driving awareness, consideration and sales, so the team spent their time digging into the dysphagia groups on platforms like Facebook and Reddit.

This initial research allowed Summit to get a better understanding of the target audience for Alimento; the user make-up, how they speak about dysphagia, what matters most to them, the platforms they use and the competitors they buy from. These findings then helped the team build an audience profile; from this profile they then knew how to reach new customers via Paid Social activity. As a result of this audience-centric approach, in the first month alone Paid Social accounted for 25% of all traffic and 33% of sales for the brand.

Once you have started spending via Paid Social the insights gained from the platforms become even more useful, as you are no longer talking in hypotheticals about your audience. You know that audience X are more engaged than Y because there is data to prove it. A well thought out testing plan on social channels will lead to insights that make you more money on social and beyond.

With social platforms playing an ever more important role for retailers, it is important to understand the benefits that this channel could have for your brand. If you want to learn how you can make the most of your Paid Social activity, get in touch with us today at [email protected]. 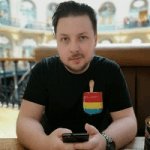