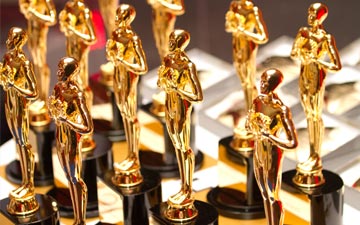 December 2nd 2011 proved a memorable evening for all Summit staff as the company awarded “Oscars” to two teams and twenty-nine individual members of staff in recognition of their efforts. Employees from Summit’s Prague and London offices joined their colleagues from HQ and The Wolds for a night of celebrations at Rowley Manor Country House Hotel in Yorkshire’s East Riding.

The evening began with the waiting “pap” photographers taking snapshots of the guests on the red carpet. The Hollywood celebrity treatment continued with champagne and canapés, dinner and cocktails, and a live band and disco. Even the place settings evoked the famous golden statues.

With Billy Crystal unavailable, Mike Robinson-Leason was MC for the evening and he managed to keep presentation and acceptance speeches to time. He even had a handkerchief at the ready for the inevitable Gwyneth Paltrow moments.

Although there were many awards, the ceremony centred on giving Oscars to the eighteen members of staff with five or more years’ service under their belt. In alphabetical order, the long-stayers are:

MD and award-winner Hedley Aylott commented, “Our aim is to recruit and retain the best people, and these awards prove that we’re managing to do both. As we expand into the UK and European markets, Summit will remain a great place to work and to develop personally and professionally.”

And the winners are…

Here are the other employees who walked away with Oscars in a variety of categories:

Contribution to the office: Adam Chard and Simona Chloubova