Putting offers in your customers’ pockets 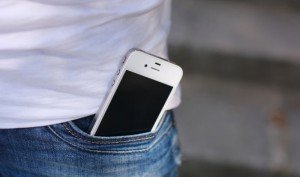 Jenny is walking through her local shopping centre on the way to meet a friend when she notices a new notification on her phone. Her favourite retailer is offering a gift with purchase today. Jenny has 5 minutes to spare so clicks the link, opens the voucher and goes in store.

We all know people pay a lot of attention to their mobile phones, so perhaps the best place for marketers and retailers to be displaying their offers is right there, in the palm of their customer’s hand. Mobile advertising has been doing this for search, but the ability to do this based on proximity to the store, without searches, has also been around for a while and is gaining momentum.

Apple’s iBeacon technology was launched in mid-2013, offering the ability to push notifications to customer’s iPhones when they are within the relatively short range of the beacon. Many uses have been suggested for this technology, but just-in-time marketing has been one of the fastest implemented and one with a lot of scope, as shown in the example above.

In America in 2014 McDonalds started using iBeacon to push offers to their customers and in January 2016 Wired reported that 30% of the top 100 US retailers were making use of beacon technology.

Bluetooth Low Energy (BLE), which iPhone’s Beacon technology is based on, is also about to make an important leap into the Android market with the Eddystone open source protocol for BLE beacons developed by Google. Already integrated with Chrome on iOS, this is due to be released to Chrome on Android in Q1 of 2016, opening the target audience up to a further 1.4 billion users globally.

Today Jenny would just keep on walking to meet her friend, maybe brand loyalty would mean she went and visited the store, but while she is looking at her phone and not at the storefronts it is difficult to be sure how engaged with the brand she would be. In the not too distant future we could be seeing direct measurable actions and more people like Jenny visiting stores and interacting online, rather than just walking by. 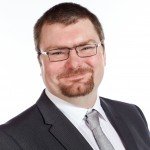