It’s beginning to look a lot like Christmas: when does retail peak begin? On 3rd August, Selfridges’ flagship store in London became the first big UK retailer to start the Christmas bauble rolling, beating its September opening date of last year. The department store opened the doors to its Christmas store a whopping 143 days before Christmas, begging the question: is it really beginning to look a lot like Christmas, in August?

Recent years have seen a shift in when the British consumer starts searching for their festive essentials. According to Google Trends, searches for the term ‘stocking filler’ started as early as September in 2014. Yet in 2011, it did not spark significant interest until early November. Could this be natural progression due to the increasing popularity of online shopping in general, or could it be an indicator that there is a genuine shift in customers’ Christmas buying habits?

When does Christmas begin for retailers?

We know from our predictive analytics product, Forecaster, that there are in fact at least 14 different demand curves just for peak trading for Christmas. This means therefore that searches for some products and categories begin as early as July, and retailers should be considering this in their online marketing campaigns.

It is reasonable to say that there are numerous factors that could plausibly impact on consumers’ behaviour and their Christmas shopping habits. eBay has claimed that bad weather toward the end of the British summer can kick-start the Christmas push earlier than usual.

Financial constraints may also play a part; with one in five Brits still paying off debt from last Christmas, perhaps this year shoppers will start earlier in order to distribute the cost more widely across the year. The recent Chinese stock market fall has potential implications around the world, with some economists drawing parallels to the 2008 financial crash. The uncertainty of the global economy could potentially trickle down to concerned consumers, prompting the beginning of Christmas shopping earlier than usual.

What should retailers do to prepare?

So how can retailers keep ahead of the competition and make the most of consumers’ early Christmas spending?

Below are the key questions we ask our retail clients as the Christmas peak approaches.

Reviewing your performance from past Christmases against the predicted trends for 2015 should allow you to build a picture of what to expect this Christmas.

Christmas shopping for 2015 is already gaining momentum. The emergence of tinsel and trees in stores in November is bound to further influence shoppers, and while Selfridges has kicked things off early. Realistically it won’t be long until other retailers follow suit and Christmas starts for us all in August! 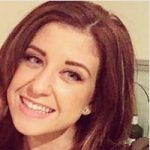