Has IE finally caught up with web technology? 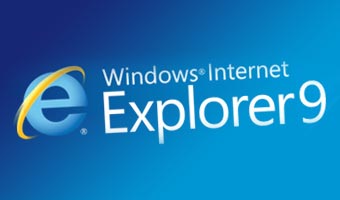 For this reason, there’s often a temptation to design and build for the lowest common denominator. Or else be forced into a long and complicated series of live versions, providing each web browser with a slightly different set of instructions, or indeed a slightly different site.One of the biggest issues facing web developers is the need to deal with the ‘quirks’ of the various browsers available on the market. What looks fantastic in Google Chrome on an Apple Mac might look terrible in Internet Explorer on a PC. Sometimes, it may not even work at all.

The problem boils down to the way that different browsers interpret the instructions given to them about how a web site should work: the HTML, the CSS and the Javascript which form the building blocks of the look, the feel and the functionality of a page.

The biggest culprit has historically been Internet Explorer (IE), with Microsoft interpreting the ‘rules’ of web design like nobody else. If you think of the language of web design as English, modern web browsers use every nuance of the Queen’s English while Internet Explorer often speaks with a thick dialect that few understand. In practice, this has meant that many of the advances in web technology have only been available to users of “modern” browsers such as Safari, Chrome and Firefox. So because of IE’s dominance – its various flavours command about 50 per cent market share – many developers are loathe to incorporate new technologies for fear of alienating this audience.

But with the recent release of Internet Explorer 9 (IE9), the gap has narrowed and a new dawn of interesting, interactive and user-friendly web sites can begin to be ushered in. Web sites will be slicker – both in terms of design and usability – they will load more swiftly and they will be quicker to develop. IE’s market dominance means that it is the arbiter of how quickly advances become mainstream, which is why very few ‘geeks’ use Microsoft’s browser. When you live at the cutting edge of this ever-changing medium, you want to enjoy its latest offerings. And now, with the introduction of IE9, the ability to enjoy the best of the web is in the hands of Joe Public.