Last year, weight loss brand Protein World caused nationwide controversy with their ‘beach body’ advertising campaign. The billboard ads, which appeared on the London tube network, depicted a slim model in a bikini accompanied by the question ‘are you beach body ready?’. The Advertising Standards Authority received over 200 complaints and a petition calling for the ads to be taken down gathered more than 70,000 signatures. London mayor, Sadiq Khan subsequently banned Transport for London from displaying adverts that demean women.

Companies are coming under increased pressure to ensure their advertising is carried out with a social conscience, and those campaigns which lack diversity, promote stereotypes or seek to capitalise on vulnerability are constantly being challenged. This is not a new phenomenon; Nestle faced boycotts across the world in the 1970s when it was exposed by a report which claimed it promoted bottle feeding over breast feeding in poor communities, deceiving consumers and causing health problems in order to increase sales. The movement against socially irresponsible advertising has gained momentum in recent months with the creation of the Stop Funding Hate campaign. Set up in August 2016, the campaign implores companies to cease advertising in newspapers which promote ‘fear and division’, such as The Daily Mail, The Sun and Daily Express. Despite having only been established for a few months, the campaign has already prompted Specsavers to pull an advert from the Daily Express, and last month Lego announced it would end all advertising with The Daily Mail. Lego has made other moves in recent years to be socially responsible in how it creates, advertises and sells its products. After a young consumer complained that female Lego characters only shop and go to the beach while males go on adventures, have jobs and save people, Lego diversified its range of products to include female scientists, doctors and mechanics.

Lego is not the only company making moves to diversify. Adidas ran an advert on Valentine’s Day this year showing two female runners standing face to face, with the implication of an embrace, accompanied by the caption ‘the love you take is equal to the love you make’. Sainsbury’s Christmas ad this year shows ethnically diverse and same-sex families preparing for the festive period, and Barbie has recently released a doll without the classic unrealistically slim and disproportionate frame, made in honour of plus size model Ashley Graham. Clothing brand H&M has recently begun using a Muslim model wearing a hijab and a Sikh model wearing a turban in its advertising, and this autumn received praise for its television advert showing women of different shapes, sizes, ages, ethnicities, gender and sexual identities and appearances.

Money where the mouth is

Showcasing a level of social responsibility in advertising is, however, not enough. Companies who project a diverse and liberal philosophy to consumers are frequently exposed as not living by the standards they promote in their advertising. The Sainsbury’s Christmas ad was deemed hypocritical for emphasising the importance of time at home with the family when employees are under pressure to work long hours over the festive period. Lego’s range of female scientists was criticised as the traditional Lego figure shape had been changed to create a ‘feminine’, curvy physique. H&M has been accused of failing to offer an adequate range of clothes in larger sizes despite showing larger models in its advertising, and was also criticised for promoting a feminist mentality in its autumn advert when
it was found to have fired female workers who became pregnant.

In an article for the Guardian, writer and brand strategist Arwa Mahdawi claims that, ‘While creating big, anthemic ads celebrating diversity may be en vogue, doing the hard work of actually making the industry more equitable is not quite as fashionable.’ Aside from being damaging to brand integrity and consumer trust, lack of diversity has been found to be financially detrimental. According to McKinsey, ‘Companies with a diverse staff led by professionals found through women and minority marketing search firms enjoy significantly higher earnings and returns on equity than their homogenous counterparts.’

In short, social responsibility is hugely important in business, and it is not adequate to merely create advertising campaigns that piggyback on liberal trends and social movements in order to increase profits. Companies must evaluate the ways they operate, with a focus on diversity and social sensitivity. Advertising campaigns may talk the talk, but it is the responsibility of every organisation to ensure that they walk the walk. 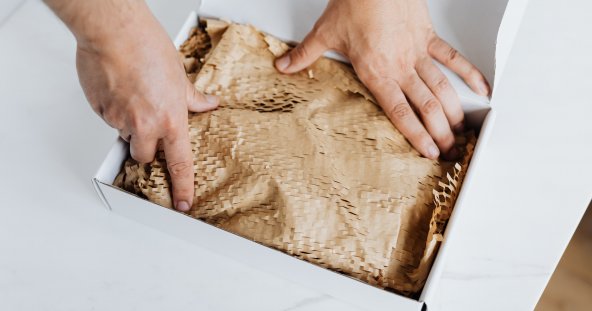