Football wins at the ecommerce cup

As Summit’s London team bed into their new home with some new faces, it’s fair to say it showed at the inaugural five-a-side football Ecommerce Cup (organised by Tamebay).

Our first opponents were none other than our technology partner Trustpilot. We made a good showing, some flash touches from Martin ‘chopper’ Corcoran and Mike ‘fleet of feet’ soon ghosted around the field. We came out with a 5-3 loss despite a late rally.

Just Eat were up next, unfortunately they had not eaten all the pies. A very strong performance from the take away aficionados. Brad ‘sells cars’ decided to scoop the ball over when scoring a goal would have been easier (he blamed his pistons). There was however, a defensive masterclass from Abdul, marking a man at least four times his size. Despite Abdul’s hard work Martin continued to shoot from the half way line and Darren wanted to be wrong about being right that we would suffer a heavy loss, but alas…. 6-2 loss.

So this was it, the battle for the wooden spoon – online vs offline – Summit vs The Royal Mail. The tension was palpable. Summit started brightly, a lovely finish from Mike and a second from Mark. Like a 10,000m runner, we went too hard too early, with three late strikes we narrowly lost 3-2.

What did we learn? We learnt that team lunches should be banned, that Abdul is a ninja in every sport, we learnt nobody wants to buy a car on a football field or that 8% of shots in your own half are converted to goals. We don’t care, the red and whites were resolute up until the final whistle. 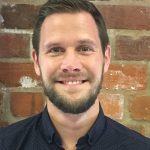